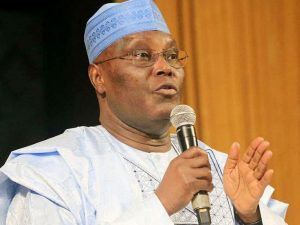 Ahead of the upcoming general election, which is planned for next month, the camp of Alhaji Atiku Abubakar, a former vice president of the nation and presidential candidate for the opposition Peoples Democratic Party (PDP), has decided to go all-in.

According to sources within the party, Atiku is taking the offer into consideration despite intense pressure from his followers to use the big stick to punish the unhappy governors and other party players. The lawmaker from Adamawa had previously resisted giving in to pressure, but now that elections are just a few weeks away, he has chosen to take action against Governor Nyesom Wike and his four colleagues.

“Alhaji Atiku is gradually tilting to the advice of party leaders who have been calling on him to rein in Wike and his group. “He has been reluctant to act in the past thinking that reason will prevail but all that has changed considering the fact that elections are a few weeks away.

“The thinking within the campaign organisation and the camp as we speak today is that we need to know those for us and those against us so that we can properly plan and deploy election logistics for the election,” a source who is sufficiently close to the former number two man, said.

On what might happen should the party fail to reach a truce among all the warring elements within it, the source who pleaded not to be mentioned said, “We will retaliate if they (G-5 governors) work against us.” According to the source, the Atiku camp is working on several measures to ensure that many of these states which are traditionally catchment areas for PDP remain so, notwithstanding the disposition of the governors who ought to be PDP leaders in their respective states.

“What we are going to do is to extract commitments from the governors and where they fail we work with other chieftains in the various states to deliver the Waziri in their various states.

“Not only that, we are watching each one of them to see who will work against us. Whoever does among them will be made to suffer the same fate in other elections where they have their interest by working against their candidates in return,” the source said. He added that the campaign council will go ahead to campaign in G-5 Governors’ states should the G-5 Governors refuse to change their stance against the Atiku candidature.

This fact was confirmed by a former Minister of State for the Federal Capital Territory, Oloye Jumoke Akinjide, who in a telephone chat on Friday confirmed to our correspondent that Atiku is billed to stop over in Ibadan on Thursday, January 19, 2023.

“We (Oyo State chapter of the PDP) are expecting to host Waziri Adamawa on January 19,” the former minister said, adding that the last solidarity walk embarked upon by members during week was to shore up support for all PDP candidates including Atiku Abubakar.