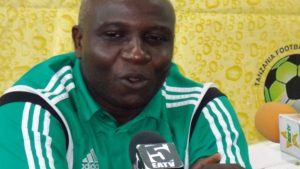 Five players from the victorious Golden Eaglets have been named in the Team of the Tournament of the WAFU B U-17 Championship.

The Eaglets emerged winners of the competition following a 2-1 win against Burkina Faso at the Cape Coast Stadium last Friday.

Goalkeeper, Richard Ogoh, who was named Man of the Match in the final and Emmanuel Michael, who scored three goals in the competition make the shortlist.

The other three are: Jeremiah Olaleke, Yahaya Lawal and Abubakar Abdullahi Idris.

Handler of the side, Nduka Ugbade was named coach of the tournament.

Beaten finalists Burkina Faso had three players, while Cote d’l voire, Niger Republic and Benin Republic have a player each.