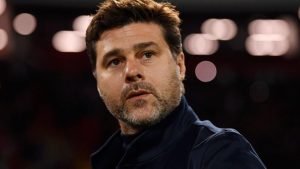 Paris Saint-Germain and its manager Mauricio Pochettino have reportedly hit a brick wall over a £17 million compensation fee.

PSG is on the verge of sacking Pochettino and both parties have reportedly agreed to the terms of a severance package.

However, according to AS, the French Ligue 1 champions are unwilling to pay the figure agreed upon and want to slash the sum.

Pochettino has no intention of leaving PSG without getting the full value of his severance package.

The former Tottenham Hotspur coach was appointed PSG manager in January 2021 and was primarily tasked with guiding the Parisians to Champions League glory.

The Argentine failed to win the Champions League after his team was eliminated in the round of 16 by eventual winners Real Madrid.