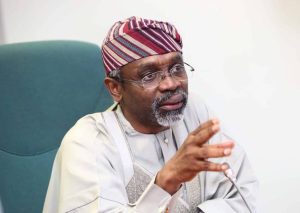 The Speaker of the House of Representatives, Femi Gbajabiamila, has demanded immediate action from relevant authorities against the attack on St Francis Catholic Church, Owo in Ondo State.

Gunmen had attacked the church during worship on Sunday, killing at least 25 worshippers while others, including a priest were reportedly kidnapped.

Reacting, a statement by his Special Assistant on Media and Publicity, Lanre Lasisi, Gbajabiamila condemned the dastardly act, describing those behind the attack as enemies of the state.

According to the Speaker, the assailants must be fished out and dealt with accordingly.

He wondered why anybody would attack worshippers at their place of worship, saying only a wicked mind could kill in such a mindless manner.

The Speaker lamented that the activities of terrorists, kidnappers, bandits and other criminal elements in the country are becoming worsen on a daily basis.

The lawmaker, who was deeply angered by the recent development, stated that the incessant attacks on innocent citizens of the country must be brought to an end.

He called on all security agencies to double their efforts in bringing the insecurity in the country under control, particularly by stepping up intelligence gathering to halt every impending attack.

Gbajabiamila extended his condolences to the Government of Ondo State over the unfortunate incident. He equally prayed for the repose of the souls of those who lost their lives during the attack.