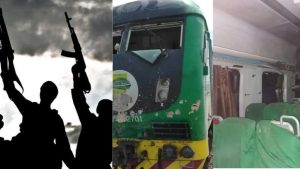 The negotiator for Abuja-Kaduna train attack victims, Mallam Tukur Mamu, on Tuesday, raised an alarm over the deteriorating health condition of the remaining victims in the kidnappers’ den.

Tukur Mamu, who is also the Publisher of the Kaduna-based Desert Herald Newspaper, feared that some of the victims, who are being subjected to horrible conditions, and were bitten by snakes, may not survive if the Federal Government did not act urgently to ensure their release.

In a statement he issued to journalists, in Kaduna, Tukur Mamu noted that
most of the victims may hardly survive the next few weeks due to their deteriorating health conditions and the inhumane condition they were being subjected to inside the forest.

Although, he confirmed that the victims were not molested or beaten, he insisted that the Federal Government should put more efforts to ensure their urgent release, as any delay may cause their death.

DAILY POST reports that the bandits earlier freed 11 of the victims after a deal with the government.