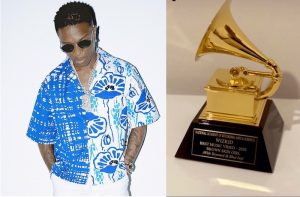 Big Win! Machala  – Wizkid has officially become the most nominated Nigerian artist in the Grammy Award!

From his past 2 nominations, Wizkid has won 1 Grammy award for himself, probably he’s going to extend the lead with a new one in this edition.

The Award night is set to hold January 31st. The nominations were announced by CEO Harvey Mason Jr. during a Livestream