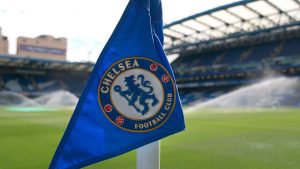 Chelsea have begun talks with Paris Saint-Germain to sign Presnel Kimpembe, as Thomas Tuchel continues to reinforce his defence even further.

The Blues have lost Antonio Rudiger and Andreas Christensen, who both left on free transfers this summer.

Tuchel is keen to bring in three new centre-backs to replace them.

A deal for Napoli defender, Kalidou Koulibaly, is now at an advanced stage, with Chelsea having agreed a transfer fee around £33.8m.

But Koulibaly will not be the only central defender heading to Stamford Bridge this month.

Negotiations are not at an advanced stage yet, but the Ligue 1 champions are open to selling the 26-year-old if their valuation is met.