A heroic teacher stopped his pupil from throwing himself off a fourth-storey balcony after he confiscated his phone. Video showed how the schoolboy argued with the teacher before he tried to leap over the rails and possibly to his death in front of horrified classmates . 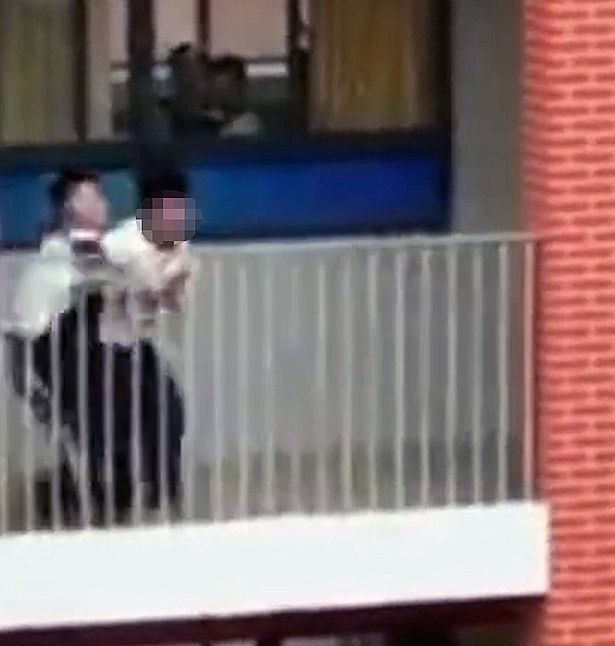 But the quick-thinking teacher grabbed his waist and wrestled him back off the balcony to safety.

A spokeswoman from the Guangzhou Xiangjiang Secondary School confirmed that the incident took place on campus after the teacher confiscated the boy’s phone in class.

The decision was in line with school policy, which forbids pupils from using their personal mobile devices during class time.

Following the scare, the unnamed boy’s family was called to speak to the staff, and the pupil was eventually transferred to another school.