Corporal Anthony Okwori, was killed in action on March 15, by Boko Haram terrorists in Magumeri, Borno State. The Nigerian Army on Friday said it lost five of its officers, while three are still missing from the attack. The militants ambushed the soldiers on their way from a shooting range competition in Munguno. 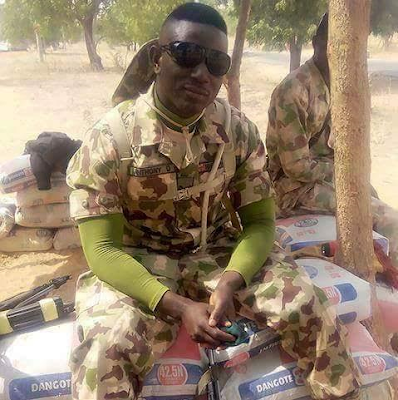 Troops successfully repelled the attack, chased the fleeing terrorists up to Doho Mina Maideni, Donarim, Salari, and Lawari villages and neutralised them.

Unfortunately, one officer and four soldiers were killed. Corporal Okwori grew up in the 82nd Division Barracks in Enugu. May his soul rest in peace.