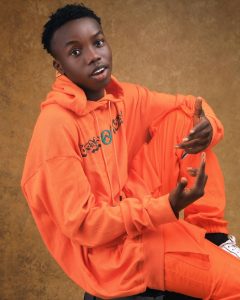 Born and bred in Ajegunle, an area in Lagos where many music stars emanated from, Toheeb Adebayo who is mainly known by his stage name 7Teen, newly discovered young talented artiste in Nigeria music industry.
7Teen who is a member of the family of 4 picked interest in music when he was in secondary school at a tender age of 14. His interest in pursuing music as a career stems from his ability to entertain different gatherings of people in his school as well as around his neighbourhood.
Within the hood of Ajegunle, 7Teen’s vocal dexterity, lyrical excellence have been tested and confirmed to be a national treasure, a young local talent with the capacity of growing into a worldstar like Wizkid, Burna Boy and the likes.
Living up to his Vibe Boi moniker, 7Teen has proven himself to be a vibe machine on any beat as he has delivered several outstanding covers for Nigerian hit songs in 2021.
His cover to Ladipoe featuring Fireboy’s song “Running” gained lots of engagement and fan love on social media, his freestlye on “Life” instrumental also received lots of positive reviews among music lovers.
7Teen recorded a song titled “Soonest” during 2020 pandemic period but released it unofficially on his IG page in October 2021 as prove of efforts to improve his sound. The inspirational song got fans talking on social media as many music lovers were of the opinion that the song would have been a pandemic hit if released officially. 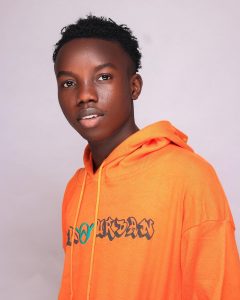 However, 7Teen came through for his fans in December 2021 with his much-anticipated single titled “Midnight Lover”, a beautiful love song delivered with exceptional vocals capable of throwing lovers in a bonding mood and single people in a pillow-hugging state. The song is indeed filled with love and emotions.
With music influences from Wizkid, Buju, Fireboy and Burnaboy, 7Teen is all ready for an amazing music year in 2022 as he has promised to be coming out with back-to-back good music for fans delight.
According to 7Teen, his longterm goal as an artiste is to keep putting smiles on people’s face with his music while making himself, his family and the nation proud.
Indeed, 7Teen is a distinct Teen who is gifted with making of timeless music. Watch Out For Him!!
Connect Him On His Social Medis’s:
Instagram, Twitter & Tiktok: @7teen_vbi
Post Views: 10,569