Jamaica may have another sprinting sensation on their hands, after a 12-year-old female athlete posted a record time at the 2017 Boys and Girls Championships over the weekend. Brianna Lyston left her competitors in her wake to win the 200m race in the Caribbean nation, clocking a time of 23.72 seconds – almost within two seconds of the senior world record set by Florence Griffith-Joyner at the 1988 Olympics.

Lyston, who attends St Jago High School in Spanish Town, St Catherine, finished 0.88 seconds ahead of her nearest rival Oneika McAnnuff to win the 200m final, and she showed she’s not bad at shorter distances either.

The speed merchant also won the 100m dash on Thursday night in her Under-13 age group at Class Four level, winning the final in 11.86 seconds.

It is little wonder she is being immediately compared to the exploits of her all-conquering compatriot Usain Bolt.

Despite Lyston’s tender age, her potential as an elite athlete has been known for some time, with her first coming into national prominence as a 10-year-old. 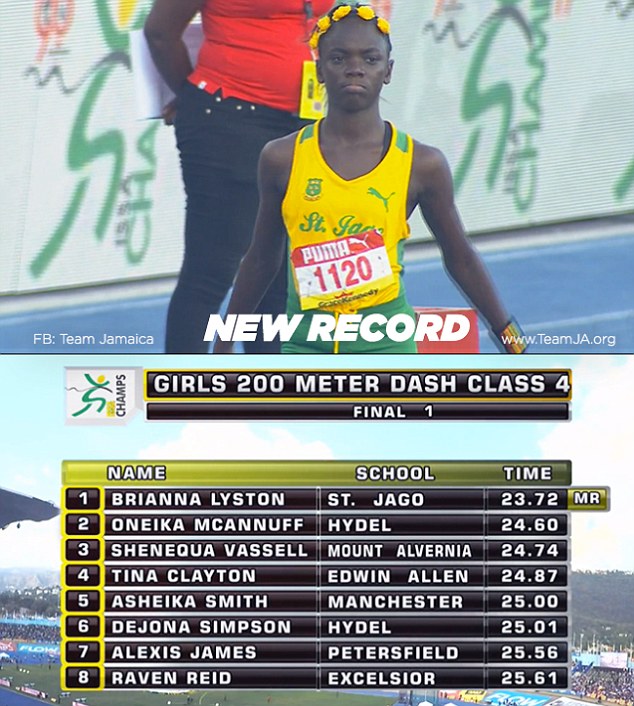 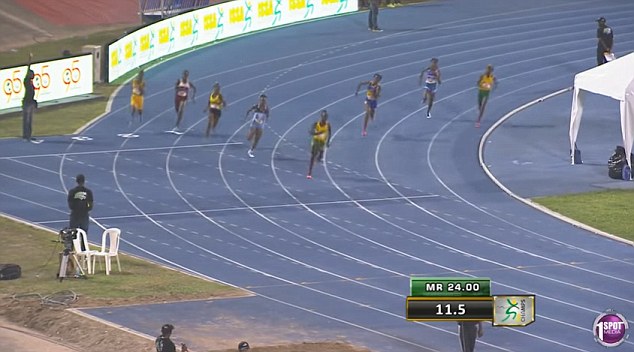 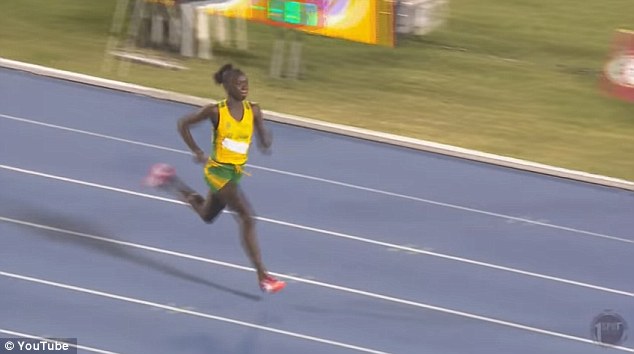