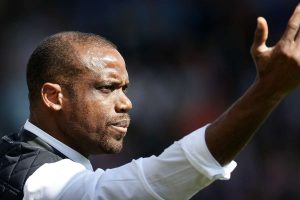 Former Nigeria captain, Sunday Oliseh has named Senegal winger, Sadio Mane as one of the “world’s most influential players”.

Oliseh made the comments after Mane’s hat-trick saw his country beat Benin Republic 3-1 in a 2023 Africa Cup of Nations qualifier.

The Liverpool star scored twice in the first half and added another after the break in their Group L opener at Stade Me Abdoulaye Wade.

He has scored 32 goals, three more than Camara, who represented the West Africans between 1999 and 2008 and managed 99 appearances.

“Simply Africa’s and arguably, one of the world’s current most influential footballers.”