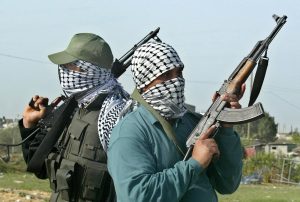 An Anglican cleric, Venerable Olu Obanla, has been kidnapped alongside his son in Ondo State.

The victims were kidnapped during the weekend in Ose Local Government Area of the state.

According to sources, they were kidnaped along Ifon-Okeluse road in the local government.

One of the sources, said the victims were waylaid by the gunmen while they were traveling along the road.

The source added that shortly after the abduction, the gunmen demanded N10 million as ransom.

Meanwhile, it was gathered that the family were unable to raise the money as they could only gather N1 million which was rejected by the abductors.

The source said, “Venerable Olu Obanla and his son were kidnapped yesterday on their way to Okeluse in Ondo State.

Confirming the incident, state Police Public Relations Officer, PPRO, SP Funmilayo Odunlami, said efforts were on going by the detectives of the command to rescue the victims.