A footballer knocked a referee to the ground by kneeing him in the head during a vicious assault after being red-carded. The sickening incident happened early into an amateur match on Sunday in Portugal between Porto league sides Canelas 2010 and Rio Tinto. 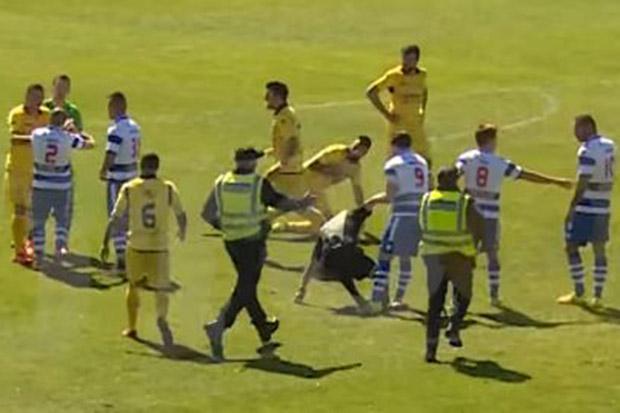 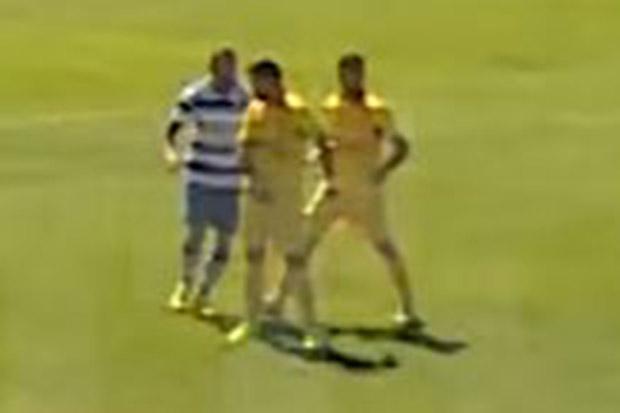 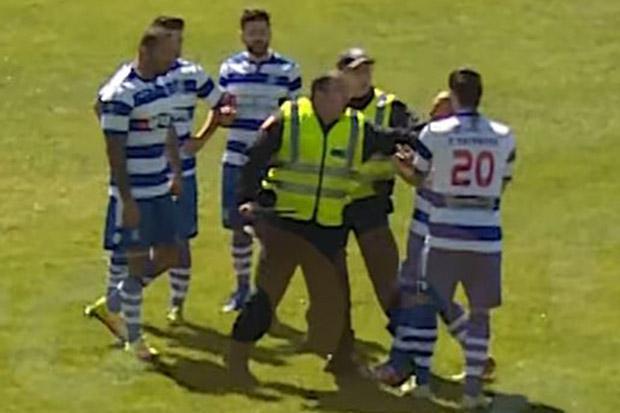 Canelas number 10 Marco Goncalves was given his marching orders for punching an opponent in the face. And he reacted in the worst way possible by attacking ref Jose Rodrigues in a split-second of madness, appearing to grab him by the neck before smashing his knee into his face.

Police rushed onto the pitch to take Goncalves away and he was later arrested and told he would have to face a court quiz today.

The Portuguese side in the fourth tier include members of Porto’s notorious Ultra’s Group and have previous history of horrific violence during matches.

So much so that opponents have refused to play them, forfeiting the match and paying the £650 fine.