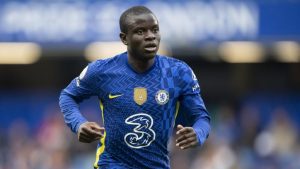 The England midfielder has been heavily linked with a move to ManchesterCity, with captain Fernandinho on the verge of leaving the Etihad Stadium.

The Red Devils are in dire need of midfielders, following the departure of Paul Pogba, Juan Mata, Nemanja Matic and Jesse Lingard from the club this summer.

United are in discussions with Barcelona about a potential £70m for Netherlands internal Frenkie De Jong.

But O’Shea, a former Uniter star, believes that Phillips should be targeted too.

“Despite links to Man City, Kalvin Phillips should think about the other side of Manchester!”, O’Shea told Paddy Power, according to Metro.

“If United could get one of those three in, it’d be a big boost for everyone in the club.”