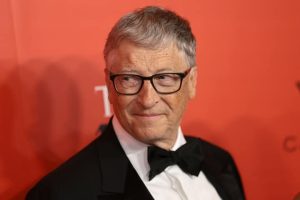 The world’s biggest philanthropist, Bill Gates has made good of his words and has given about $6 billion worth of shares to his charity organisation, The Bill and Melinda Gates Foundation. The Billionaire who had said earlier this month he would want to drop off the billionaires’ list stated this in SEC filings.

Bill Gates has given about $6 billion worth of shares to his Foundation, the Bill and Melinda Gates Foundation The donation which was revealed in a recent SEC filing said that the billionaire gave about $5.2 billion worth of stock from shares in the National Canadian Company He also gave about $995 million from his stock in an equipment company as well as $3 million from his company, Cascade

Additionally, the billionaire gave $995 million worth of shares in Deere & Co, an American company which deals in heavy equipment and a manufacturing company which he co-owns with his ex-wife, Melinda French Gates.