The extreme selfie trend almost claimed its latest victim in the person of an unidentified female who fell 60ft from California’s tallest bridge. She was airlifted to hospital for treatment and authorities say she was incredibly lucky not to have been killed after plunging 60ft onto a trail below. Police say she was walking on the catwalk underneath the 730-foot-tall Foresthill Bridge near Sacramento trying to take a selfie when she fell. 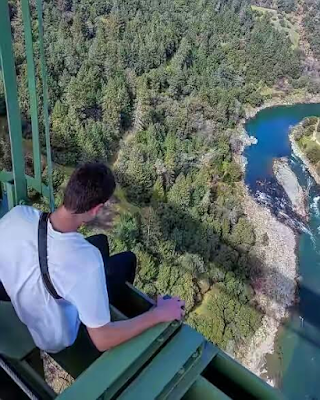 Local authorities say young people risk their lives on the bridge in an attempt to take the perfect Instagram picture and despite authorities warning of the grave dangers of accessing the walkway under the bridge for years, it appears to be falling on deaf ears. 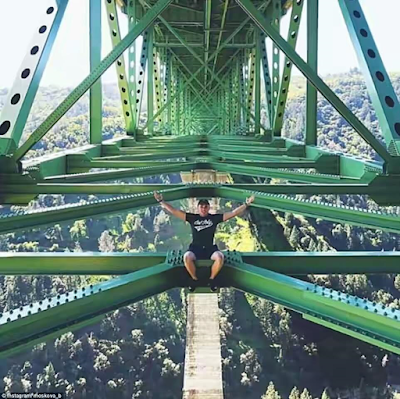 Almost 100 people have been killed from either falling or jumping off the bridge since it first opened in 1973.