A lifeless body of a commercial motorcyclist identified as Adewale Aderogba was on Friday found at the entrance of a Pentecostal church(name withheld) at Amuludun street in Ondo city, an incident that has since seen many residents flee the area for fear of indiscriminate arrest by the police.
According to reports, the deceased went out with his friends to drink on Friday night and was found dead and half-unclad on Saturday morning by the residents.
Confirming the incident, Police Public Relations Officer of the Ondo State Police Command, Mr. Femi said that the deceased was an epileptic patient. 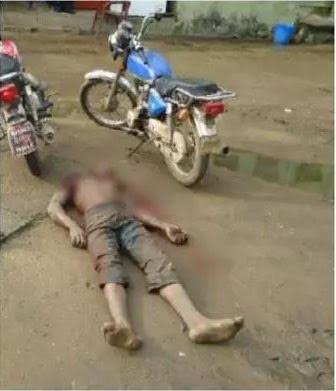 ‘He was an epileptic patient and the same time he is a drunkard. He went out with his friend to drink, at that point he had an epileptic crisis and his friends rushed him to the church for resuscitation and spiritual healing but he died on the way.’

He, however, added the deceased’s friends were interrogated after their arrest and there was no foul play on the death of the middle-aged man.