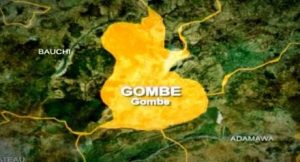 The Gombe State Police Command has cautioned politicians against bringing political posters or electioneering materials to Eid prayer grounds, saying such action would be meted with punishment.

The state Commissioner of Police, Ishola Babaita, said the season for campaign would be declared open by Independent National Electoral Commission, adding that violators would not be spared.

Babaita stated this on Saturday, at the officer’s mess, during the command’s monthly meeting.

The commissioner who declined to reveal the number of officers deployed to ensure peace and security said all hands would be on deck towards attaining the desired peace before, during and after Sallah celebrations.

He said, “I wish to felicitate with the Muslim ummah and members of the general public. The command reaffirms its commitment towards protection of life and property of the citizens by emplacing robust crime prevention measures, before, during and after.

“It is necessary to once again call on politicians in the state to strictly adhere to INEC time table on schedule of activities for the 2023 general election. The command will not hesitate to arrest and prosecute individual or persons who sponsor or encourage campaigns or political rallies under any guise at Eid praying grounds in violations of the Electoral Act. No posters, no room for campaign of any sort should be brought, as the ground is not meant for campaign.”

He added that criminal hideouts would be raided accordingly to ensure, the peaceful celebration of the Muslim holidays.

Meanwhile, the state Command of the Nigeria Security and Civil Defence Corps said no fewer than 614 officers would be deployed during the forthcoming break, while urging officers to be professional in handling their tasks.

Disclosing this through a press statement Public Relations Officer, Saad Buhari, urged residents to enjoy the season without fear, noting that efforts were on in ensuring itch-free celebration.

The statement read, “Commandant Waziri Babagoni Goni has deployed 614 Officers and Men to provide adequate security and protection of critical National assets in the State to checkmate the activities of bad elements that will want to take advantage of the festive season (before, during and after) as directed by the Commandant General Abubakar Ahmed Audi.