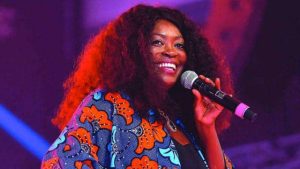 As the revival of Liveband music takes a unique turnaround,  some veterans in Nigerian music industry have been carefully recognised as judges for the first edition of the upcoming ThrillerBandz@Theatre Liveband Music Challenge.
The outdoor event slated to hold on Friday 17th December through 18th is put together by Evergreen Musical Company Ltd in collaboration with National Theatre with an endorsement by Lagos State Government. The event which is a first of its kind concert will feature 50 Livebands from different ethnic backgrounds in a music contest and each band performing their own original song and song of popular Nigerian music Icon of their choice.
According to Bimbo Esho the brain behind the idea she said the event is put together to ensure the continuous relevance of Livebands in the State and also encourage originality among upcoming Nigerian musicians.
Yinka Davies one of the judges of this event has been a pioneer judge at different  music contest including the popular Nigerian Idol music reality show . Davies is an all rounder artist who have shown outstanding skills and performances in music, theatre, choreography, backup vocals,etc
Veteran Samba Queen Stella Monye who is popular for her song Oko Mi Ye has contributed immensely to the entertainment industry and not too long ago she organised about 104 Choral Voices from Adeniran Ogunsanya College of Education Music Department to celebrate 56 years birthday of His Excellency Governor Babajide Sanwo-Olu at an event held in Lagos.
Soko Music Exponent  Dayo Kujore a veteran Juju musician has been in the music Industry for over 40 years having received tutelage from Prince Adekunle in the 70’s as a Lead guitar player before eventually forming his own band.
Also expected to grace the music contest are other young and veteran artiste. Veteran Music Producer Laolu Akins will be giving few minutes mentorship talk to the participating Artistes in order to boost their morale . Laolu Akins is a musician and was member of the popular Pop group BLO. He was also the producer and brain behind the Evergreen song of  Adewale Ayuba ( Bubble)  and (Ace) by Sir Shina Peters.
The ThrillerBandz event no doubt will be funfiled as it will be held in a relaxed environment with unique ambience, colourful lightnings, maximum security and under strict Covid 19 compliance.
~ Surrealistic Media Group
Post Views: 2,293